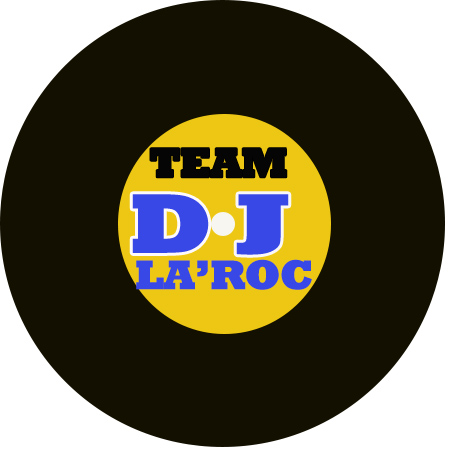 A native Detroit Eastsider, Graduate of Murray-Wright High School, DJ, Owner of La’Roc U Entertainment and Innovative Jocks Record Pool and Promotions. As a young boy, I use to sneak and play my mom’s records on her stereo system. I loved all the music she had, soul, blues, jazz, gospel, all of it. I did not know that it was going to be my career. When I was 16 or 17 I was buying 12 inch records and albums it’s the start of my library.

I started listening to The Wizard on the radio and the masterful things he did blending and mixing music and I then fell head over heals for the craft.

As a teenager in high school I tried to go to every party in the neighborhood. There was a DJ named Jesse The Body who was spinning on a local dance show called The Scene and The New Dance Show, who was from my neighborhood that did all the parties along with his DJ Crew MADD Sounds. That was the second motivation for my career choice.

I got a couple of belt driven turntables and started going to work. I started doing family gathering and small events until I met Tony P. Hoye a local radio personality who allowed me to be his roadie on some of his mobile DJ gigs. I then joined the UDMA Record Pool under the direction of the legendary Tyrone Bradley who would become my mentor.

I purchased my first set on Technic 1200 turntables from my cousin who had bought them overseas. After all those years of playing on belt driven tables, I was like a God on 1200s. I developed friendships with the best of the best in Detroit. DJ Fingers who sang in the choir with me at church, Jesse The Body, Gary Chandler, Kim James and Wax Tax N Dre just to name a few. I started playing at different clubs and bars like Metro Renaissance Club, C-Note Lounge, LaRonte’s and few others to get the experience. My Career changed when I was called to be a M.E.R.G.E. production hot mix all-star and spun at the Greatest party Detroit has ever know “SOUL NIGHT”. This phenomenal opportunity was presented to me by Tyrone Bradley and Kim James who had enough faith in me to give me a chance.

I didn’t let the opportunity go unnoticed the crowd was moved by my mixing of music, my name DJ La’Roc and reputation was developed. There are a few signature things about my show one is calling the steps to the old school hustle and my old school hip hop set. I was also asked to be a Guest Disc Jockey for the holiday weekends at WJLB. I later started my own record pool Innovative Jocks Record Pool, which very successful and became one of the most respectable pools in the country.

The DJ game enabled me to start a marketing promotions company and land employment with DEF JAM records and Elektra records. Next was the INTERNET doing mix shows on Ustream developing a crew called the legendary Dee Jayz. I now have become one of the top Party promoters in the area, I actually hire DJ’s to work for me now, “BUT” I still play every week and will until I am lowered into the ground. 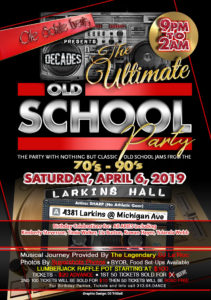